19. Impact Of The Presence Of Three Doors In a Straight Line, In Any Household

Several references exist in the various Vaastu Shastra books regarding the above problem and several Vaastu pundits have dwelt upon this complex situation in their writings or references but if I ask you to give me the answer to the Vaastu defect of having three doors in a straight line then I am sure you won’t be able to give me an answer. Leaving it aside even if four or five doors are situated in a simple straight line, then your thought process I am sure would not yield any result, neither will you be able to get the answer to this question given to you by any source or through any means.

Three Doors in A Straight Line 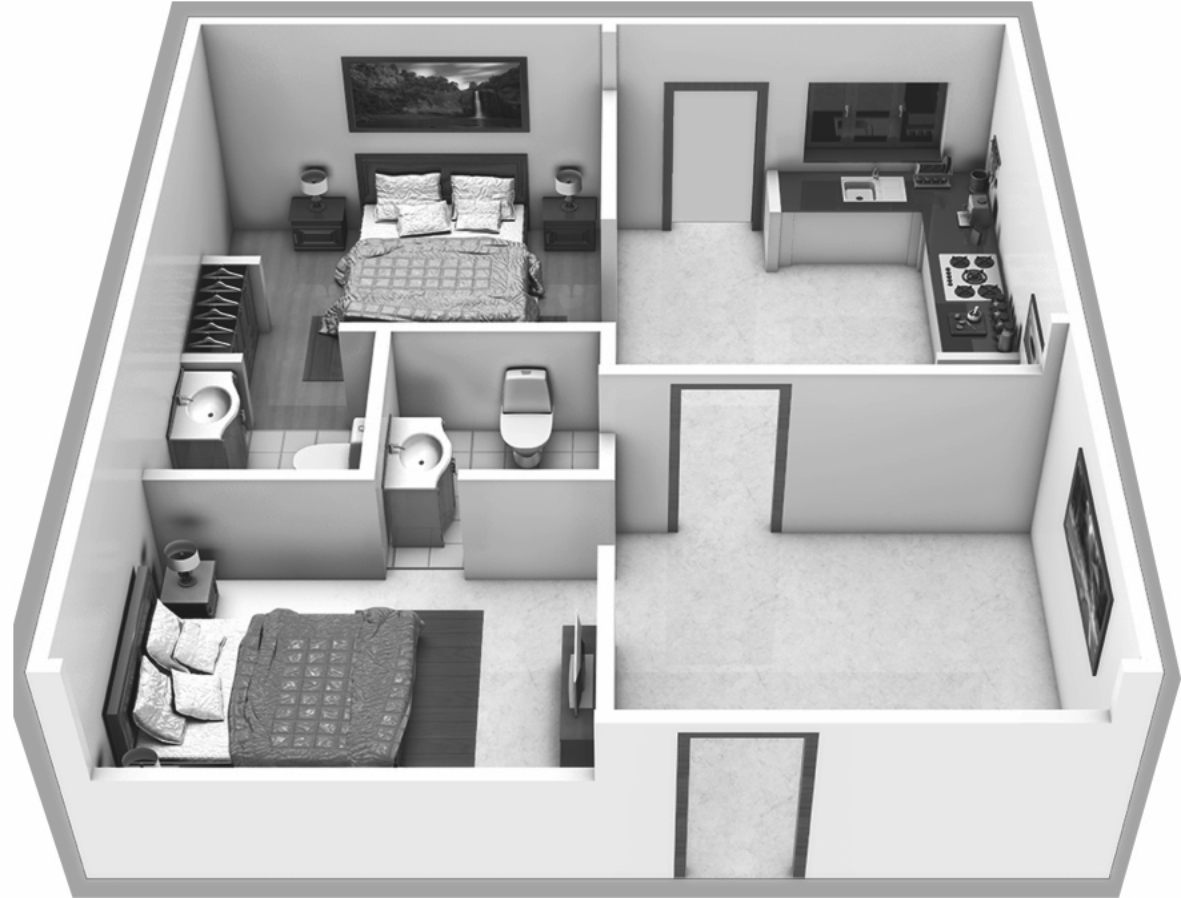 It so happened that once while delivering a ‘talk’ in the Gokak town in Karnataka, when I put forward the Vaastu Defect of having three doors in a straight line and their impact, in front of the audience of listeners; then most of the members were unanimous in their decision that it would cause havoc with the life of the inhabitants and set a very dangerous precedent. Then again I retorted back to the audience with another question, “What will happen if there were four or five doors facing each other in a straight line in any household, would it result in the death of all four or five members of the family”?
To my utter surprise nobody had any specific answer to my query, that ultimately went unanswered.

How A Door is Dismantled In A House and Put to The Side, As Seen in Fig. 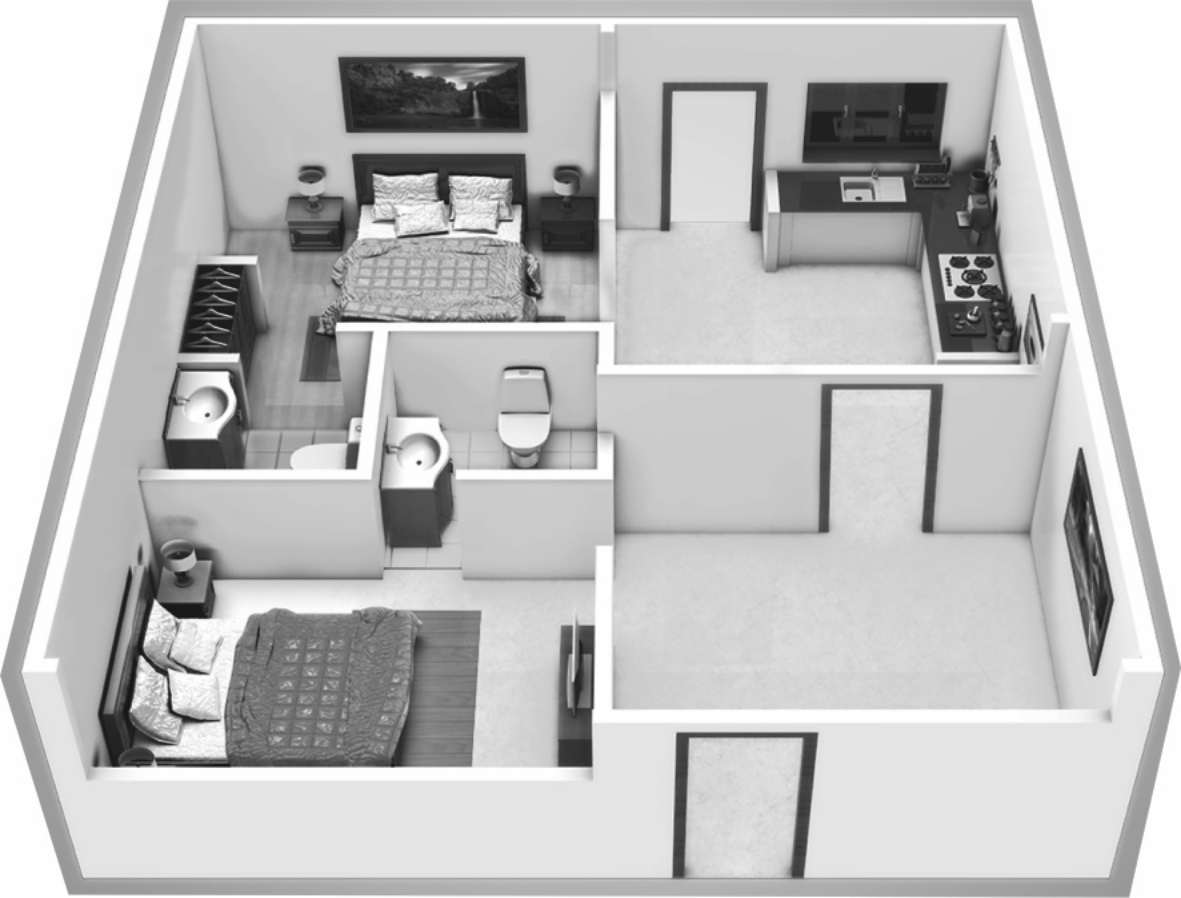 I have seen with my own eyes that how people have tried changing the straight line facing of simultaneous doors by breaking walls, bringing down doors or refitting door frames, as shown in Fig. No. 2. Its no hidden fact that people are spending and have spent a lot of money needlessly for these modifications and renovations, that are actually not needed at all that I have witnessed myself in many households.

How A Simple Curtain Put up on The Middle Door, (as Shown Shaded) Solves The Major Vaastu Defects 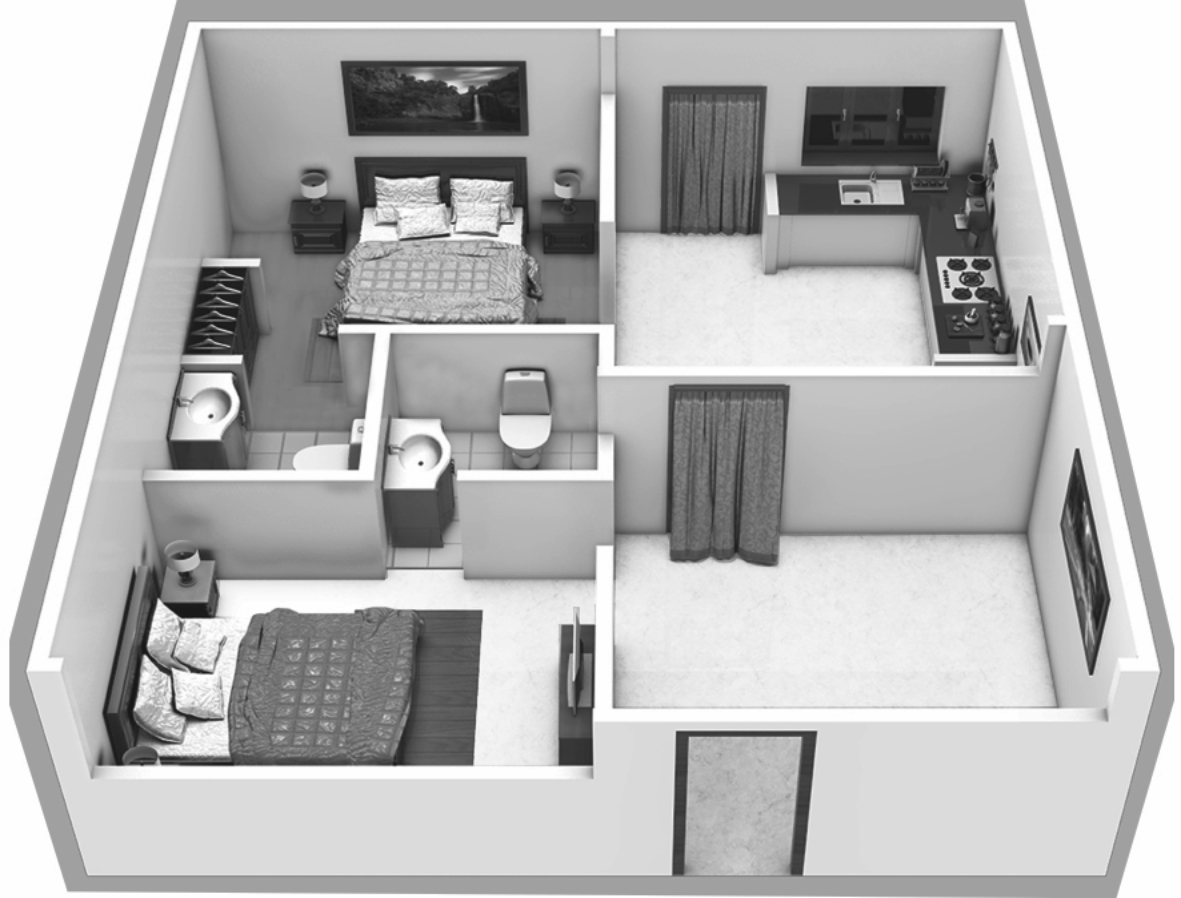 As shown in the figure 3, if three doors appear simultaneously in a single straight line in a house, Saral Vaastu would suggest a very simple, long lasting solution as shown in the figure; of having simply a Curtain being placed, on to the Central or the Middle door, in order to overcome this major problem. It remains a very simple yet a very practical solution that requires no replacement of door or doors. Now if your aim is to bring about a change in the positioning of the doors then pray tell me, if this is not a better option you can think of, that on one hand keeps all the three doors intact as well as offers simple Saral Vaastu treatment for your household. “Doesn’t it surprise you to find such an extraordinary solution being offered for this big problem”? Just by putting up a curtain on the middle door of the three doors; there is no need to shut any one door or putting bolt to the other two doors, does the problem solves by itself without involving any major cost or expenditure and getting the desired results of the defect being treated, would you be able to think about any other simple solution as compared to this simplistic solution?

Let me analyze, what is the reason for having three doors in a row, totally not preferred at all according to Vaastu. The major reason being if the first door opening into the house allows positive energy to come in then it would not stop or be retained in the house, but would pass through the second door and further exit out the third door moving out of the house, through the doors that are placed in such an inaccurate position. This would be a totally unacceptable position to have in any household as all the positive energy will just enter and move out, without any retention at all. As a result, whosoever stays in these rooms, would be unable to get the energy that will attract undue disturbances and fluctuations in the path of sound health, causing needless suffering for all in the family. Only Saral Vaastu can provide such realistic solutions, that are cost and impact effective.

1. An Introduction About Vaastu Shastra

4. How Is The Saral Vaastu Concept Utilized For The General Good?

5. Scientific Perspective & Clarity On The Main Door Facing The North-East

6. The Cycle Of Life and Death Relationship With Saral Vaastu

8. Should ‘Puja Room’ Be Compulsorily Situated In The North-East Direction or Place !

9. Location of The Main Door & The Importance of Its Direction

10. The Impact Of Having Toilets, Bathrooms & Utilities Room In The North-East & It’s Importance In The World Of Vaastu Science